Since 2009 more than 4000 students have become part of Arhanta family. We feel blessed to see them grow, to be part of their journey and to see them inspire others. Below we share with you the inspiring story of our student Elena Fernandez. 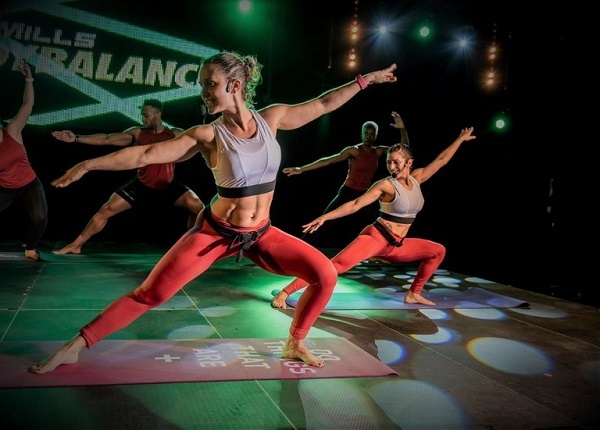 Hello, I am Elena. I was born in La Rioja, in the north of Spain. My parents wanted me to go and study music and so they enrolled me in an evening school at the age of 6, but I dropped it after 3 years because I already felt a passion for sports and I wanted to play Volleyball. I continued with it for 10 years. But then I moved to another city to go to the university where I studied physics ( I also love numbers and equations) and translation (passion for other cultures and traveling).

I did my Erasmus year in Austria and then I moved to Slovenia where I stayed for almost 4 years studying the language and working as an Spanish and English teacher in various language schools. While in Slovenia I finished my master degree and applied for a trainee-ship at the translation department of  the European Commission. I did so with almost no hope of being picked up since I was aware that the number of candidates for that single vacancy was huge. But I was the one chosen. And that changed my life.

I moved to Brussels, registered in a gym as a member and did my 4 work outs and classes every week. My trainee-ship was nearing the end and one day, one fitness instructor (who would some years later became my partner and father of my son) told me that I should become a group fitness instructor because he could see the potential in me. It was a tough decision to make since my parents expected me, after all those years of money invested on my university and master degrees, to get what they considered to be a real job with a company car, where I would get a high steady salary and I would be dressed in high heels and costumes.

So they were quite against the idea of me dropping everything I had been doing to go into what had always been my passion: fitness and sports. But I did. And started to get training on being a group fitness instructor. And the moment my feet touched the stage for the very first time, I knew that that was it. That was what I wanted to do for the rest of my life: Help create a fitter planet every day, class per class.

After working for some years and passing lots of exams and tests, I finally became a Les Mills National Trainer and I filmed two DVDs in New Zealand for the instructors all over the world. My parents, who were against it at the beginning, are so proud now to see me completely fulfilled on the path I chose. They are glad that I decided to go with my heart and be happy and not pursue money or a social status just to fulfill their dreams.

Now I am a Personal Trainer, a Group Fitness Instructor, a Les mills Trainer and a Euromed Head Presenter. I travel a lot, I give training’s for others to become instructors or to take them to the next level. I help them see their own potential and find their own light in their lives. We are now developing the market in Africa, where the possibilities are huge.

I gave birth to an exceptional boy seven years ago and he is my best motivation and reason to always push forward even if it is not easy all the time since I have no family in Brussels and my partner is also abroad most of the time. I have to manage on my own, learn how to juggle my professional life and being a mum. In 2013 our company went bankrupt and my partner and me lost everything. No house, no money. I had to place my son for one year in Spain with my parents. This was the hardest time of my life. Missing my baby every single day. But I started from scratch to build a future for him again. Some days I just could eat one tuna fish can and had to go and teach classes. But I did it. For one year. And when we got financially strong again, I went to Spain and brought him back. I learned a lot about myself at that time and about the sacrifices a mother is able to make for the well-being of her children.

My journey with yoga started two years ago when destiny made me to become a “Bodybalance” teacher in Brussels. Before that I had never ever seen myself as a “yoga” person. Always training hard, pushing myself to my limits.

When I started to teach bodybalance, something started to happen to me. Not just my body but also my mind sensed I needed something else to balance my life. After having taught bodybalance for one year, my love for yoga grew strong and I practiced four times a week. That was the moment when I realized, I needed to study this discipline deeper and understand the roots, the philosophy and the asanas at another level.

I found Arhanta Yoga, what I now call “my ashram” as I’ve started to think of it as my (second) home.  Last year I took my first training: Yin Yoga and one week later I went for the 200-hour Yoga Teacher Training. What an amazing experience. I learned so much about Yoga, but also about myself. The way I was looking at the world and at my life took shifted to an entirely different level.

Training in Arhanta has taught me a lot about being grateful for things and people. About stepping back sometimes and really seeing things from another perspective. Taking time for myself and accepting my limitations to not always be or look perfect (which in fitness is quite a common obsession).

I am not actively teaching “pure” Yoga yet. I first needed all this to grow myself and let my practice grow. I still train hard (yes, I am also a fitness lover) but I practice every week and I have found my balance. Many pre-conceived ideas about my life or the world that were restricting my existence have dissolved and I have accepted that I am a unique person and I do not have to be or do things like others do.  I really understood, that we all have something to offer to the world, in different ways. How important it is to listen to yourself and value what you have.

I remember that when I came last year for the Hatha Yoga, I could not do Shirshasana. I had never tried before, and I just could not do it. I struggled the whole month kind of forcing myself because almost everyone else could do it so easily. The month went by and I still could not get it. I tried for one month at home also, saying to myself that “I had to get it”. But I did not and so I stopped trying or ever thinking about it for 7 months. Not once I tried Shirshasana again. But then last May, I was playing with my son in the garden, and my body told me: now, it is time. Do it. Just like that.

And with no hesitation, no pressure, no forcing, no expectations, I let my body guide me. And that was my big moment. I was in Shirshasana!

And I understood that it is my body and my mind guiding me and not the other way around. I have my time and my moment that belongs just to me. There will be things I will be able to do and others that I won’t. And it is okay. Because Yoga is an internal path, about how you connect yourself and not in how well you do an asana. This has opened my vision professionally and in my private life.

Any cookies that may not be particularly necessary for the website to function and is used specifically to collect user personal data via analytics, ads, other embedded contents are termed as non-necessary cookies. It is mandatory to procure user consent prior to running these cookies on your website.

SAVE & ACCEPT
Skip to toolbar