The Four Paths of Yoga Explained: A Comprehensive Overview of Bhakti, Jnana, Raja and Karma Yoga 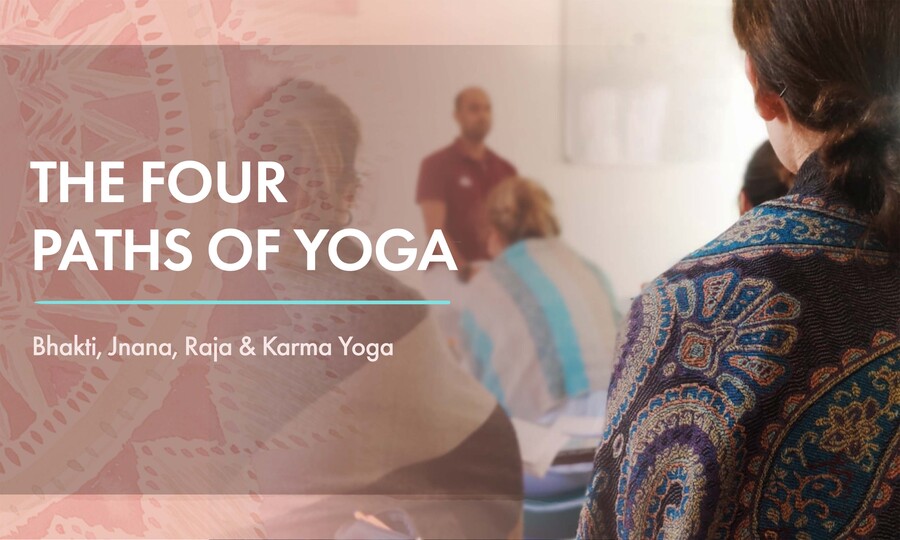 Have you ever read any yoga philosophy? Well, in these ancient texts the purpose of life is explained. You see, the ultimate goal of yoga is to unite the individual soul with the super soul. This is called self-realisation. In other words, it is when the human being becomes divine. This definition is more symbolic. It may strike a chord or spark a question about life. Read on to find out more about the Four Paths of Yoga and self-realisation.

When we reflect upon yoga philosophy, we can truly understand it and its practice. The path to self-realisation means realising the true reality so we can liberate ourselves from maya (illusion). Yoga is a process of moving from darkness to light; from ignorance to enlightenment. To achieve total enlightenment, we must dissolve the ego. You may wonder, but how?

In yoga philosophy, the Four Paths of Yoga are explained but let’s name these paths first:

Although these are four different paths, they are related to each other. Depending on one’s spiritual journey, one path can be practised or even a combination of various paths. Each path is valuable in its own right as all lead to self-realisation:

Karma Yoga - The Path of Action

We can do something for others simply because it is the right thing. On the other hand, we can do it to feed our egos and attachments. When you fulfil a duty on the path of Karma Yoga, your action is ego-less and without attachment.

How to Practice Karma Yoga

There are a few aspects to the word duty. In Sanskrit, the term dharma is used. But, what is dharma? Dharma is the role that we take on in life. You may be a mother, a wife, or an entrepreneur. These are examples of roles in life.

In daily life, you can carry out your dharma by doing things without worrying exclusively about your own benefit. Think of a mother and her child. She takes care of her child out of duty and love. While breastfeeding, she is not thinking what what she can get back from the baby. This is the practice of Karma Yoga. If you do something, do your duty and don't worry about what you'll get back.

The righteous action in this story involves fighting for the greater good. Arjuna is a warrior. That is his duty, so a warrior must battle for the benefit of the people.

From this story, we learn that we must be led by righteousness rather than how we feel. To be on the path of Karma Yoga we must fulfil duties rather than be led by ego and attachments.

Another aspect of Karma Yoga is that we must be led by righteousness and that means, not having likes and dislikes. We may appease our children simply because we want them to like us. But, can you see how our likes and dislikes come into play in such a situation?

On the path of Karma Yoga, we must perform our duties. Whether we like them or not. It is wise to ask yourself what is a duty and what is not. Think about what is truly a duty, what you need to really do. The opposite is just following desire or emotional bonds.

When you do your duty and do your duty well, what happens afterwards is not what matters. Similarly, the outcome of the action or how someone will feel about you is not the focus of Karma Yoga.

In my classes on yoga philosophy, I get lots of queries about Karma Yoga. Students ask about emotions when it comes to Karma Yoga. For example, if someone is abusive toward you must you do your duty toward that person?

Learn more about a key concept of yoga philosophy and Jnana Yoga: "The Seven Stages of Knowledge"

Bhakti Yoga - The Path of Devotion

This path is also referred to as the way of devotion. You may ask, devotion to what? On the Bhakti Yoga path, the seeker devotes himself to devotion to purity or sattva. Bhakti Yoga is about living a life where you use spiritual practices to purify yourself. This is how you can reach self-realisation.

The path of Bhakti Yoga is challenging and it is critical to find a mentor who is sattvic in character. Alternatively, you can find a pure guide. This is difficult as you may come across a teacher or guide with an impure mind and actions.

It is imperative to understand that on the path of Bhakti Yoga, you are not devoted merely to a deity or a guru and it ends there. Instead, you are devoting to the sattvic quality of the deity or guru. This process is how you reach self-realisation. Bhakti Yoga is usually seen as an easier path as your focus is just on the sattvic guide.

How to Practice Bhakti Yoga 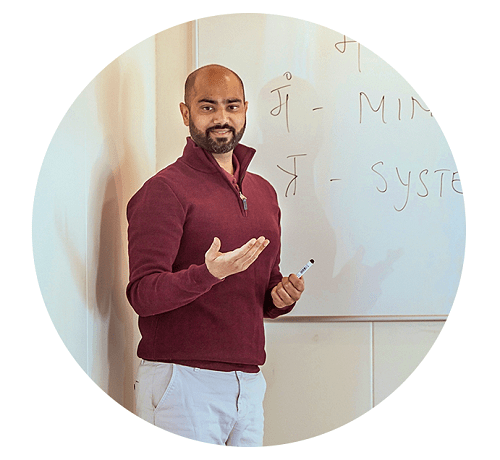 Jnana Yoga - The Path of Knowledge

Jnana Yoga is also referred to as  Gyana Yoga. By gaining knowledge of the Self, this knowledge is analysed and converted into awareness. As awareness increases, ego decreases. This is how the seeker moves toward self-realisation. In the moments when we realise what is untrue in life, we then start a journey toward truth.

Jnana Yoga is not a path suitable for everyone. There are certain prerequisites to entering the path of Jnana Yoga:

Reflection on knowledge of the Self is critical in Jnana Yoga because in this process we convert information into knowledge, and then into awareness through analysis. Hindu scripture lays down the way to select true information from illusionary information.

How to gain Jnana Knowledge

Jnana Yoga is for those who are intellectual and it is also the quickest way to self-realisation. Here are some ways you can gain the knowledge to take you to total awareness.

Raja Yoga - The Path of Control

This path is referred to as the path of control. In this context it means 'control' and not 'king.' By controlling your ego, you attain self-realisation.

In Raja Yoga we seek to control :

Maharishi Patanjali the sage concisely explained Raja Yoga in the gave a brief Yoga Sutras of Patanjali around 500 BC.

Patanjali named the 8 practices of Raja Yoga, which is also referred to as Ashtanga Yoga philosophy. He exclaims that once a person can practice all of the 8 parts, they become enlightened.

The Eight Practices of Raja Yoga

The purpose of these eight practices is to help us purify our mind, physical body, energy body, gain mastery over our senses, and become free from worldly illusions. The path of Raja Yoga is actually the most difficult of the four paths of yoga, as it requires consistent control.

Use yoga philosophy to develop yourself: The Eight Limbs of Yoga

The Takeaway On the Four Paths of Yoga

The spiritual practices of each path helps us to develop holistically.  They can purify the mind, physical body, and energy body. This will allow us to achieve mastery over the senses and gain enlightenment.  Raja Yoga is the most challenging path and it requires consistent effort. Jnana Yoga is not suitable for every spiritual seeker. Karma Yoga and Bhakti Yoga are more easily accessible paths to practice. Remember, you can combine more than one path to reach Self-realisation.

Depending on your personality and circumstances, you will be able to determine what path is right for you. Remember that these paths are not individual, just different sides of a square.  Also, you can imagine a rope. Four strands make up the entire rope. Each strand has a role to play in making up the entire strand. part. To achieve spiritual evolution, you must integrate all paths into your life.

In the bigger picture, the ultimate path is toward self-realisation. Keep sight of this.

How to Unblock Chakras: Beginner’s Guide to Chakra Meditation & Affirmations

Lifestyle in Light of Yoga Philosophy