Ujjayi Breath & Ujjayi Pranayama – All You Need to Know 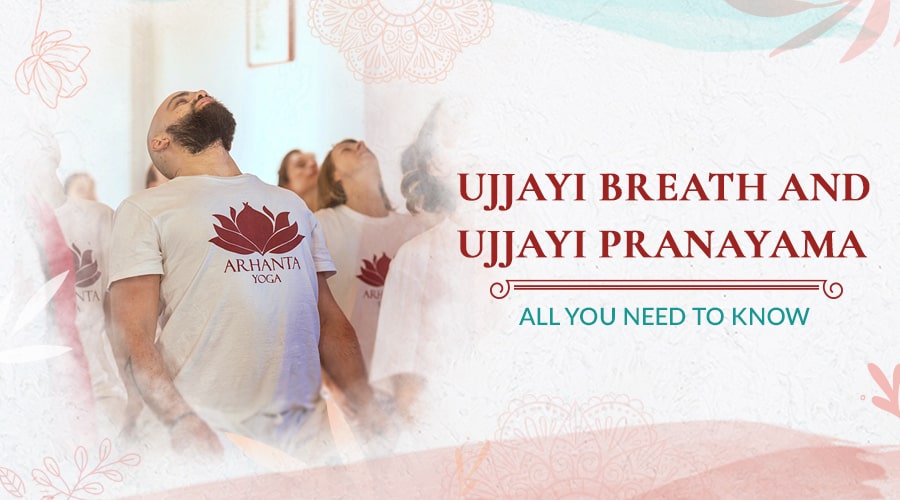 How could the exclusivity of ancient yoga practice lead to the invention of a breathing technique? How did a breath get a name that supposedly means victorious uprising? Here you will learn how to correctly practice Ujjayi Breath and Ujjayi Pranayama, along with the real history behind the modern assumptions.

How Ujjayi Breath Was Developed

Ujjayi breath, well known and widely used in yoga practice, has origins a little less ancient than you might expect. Yoga philosophy, and the roots of modern asana practice, are drawn from the practices of generations of monks in India. The knowledge was handed down verbally, often from fathers to sons because in those days (even more than today) the family of your birth dictated your future and your job.

Over time, some of the philosophy was written down, to share with other monks. There was, in those days, no practice of yoga by the public. This restriction led to the development of Ujjayi breath for a special purpose in yoga demonstrations.

The history of performance yoga

You may know that the physical practice of yoga asana (poses) was invented as a way to stay healthy. The ancient monks spent a lot of time in meditation and stillness. Common forms of exercise were impossible because the monks didn’t eat or drink enough to fuel their bodies for energetic physical activity. The original yoga asana were not designed for strength, fitness or flexibility – they were designed to stimulate the internal organs and glands so bodies could stay relatively healthy while living the ascetic life of a monk.

In those ancient times, yoga poses were practiced only by monks. Ordinary people couldn’t sign up for a class, but they were very interested in monks and their strange habits. Today, people go to see a performance of dance, music, or other skills. In older times in India, the people went to watch performances of yoga.

Monks who didn’t inherit a temple needed to earn a living, and one of the ways to earn a living was to be sponsored by a King to perform yoga demonstrations. Sri Tirumalai Krishnamacharya (1888-1989), now widely recognised as the father of modern yoga, was once one of these monks. Favoured by his King, he travelled, performed, and began to train the younger sons of other priest families.

Traditional Hatha Yoga asana, practiced with poses held for long periods of time, could become boring as a display. Krishnamacharya needed to adapt it for performances, so the people would come back to watch again. This is how he discovered and developed what is now known as Vinyasa or Flow Yoga, as well as Ujjayi Breath.

To create yoga displays that were interesting to watch, Krishnamacharya created asana sequences that flowed smoothly from one pose to the next. He taught his performing students to hold each pose for five breaths. Although it moved much faster than a traditional Hatha Yoga practice, this was a good pace for the audience to appreciate the asana without getting bored. This practical solution is the way he took his first steps towards what would later become his signature style, and the source of his modern-day fame as the father of Vinyasa Yoga.

There was one more step in the process of developing what later became known as Ujjayi Breath. Krishnamacharya found that his students weren’t always moving in time with each other, because each was taking those five breaths at their own pace. He instructed them to use Yogic Breathing, a deep breath using the belly, chest and throat. Still, the performances were not quite in unison.

Krishnamacharya found the solution in sound. By making a noise with each breath, the performers could easily stay in time with each other without looking.

The noisy breath didn’t earn its name until later, and it has also since been found to have many other benefits in practice. But it’s very first use was as a timing tool invented in the 1900’s by a monk who was simply trying to do his job better.

Does ujjayi mean victory or vibration… or maybe ocean?

The word ujjayi is Sanskrit, and it does mean ‘victorious uprising’. It also means ‘vibration’. It never meant ‘ocean’, that association came about only as a description of the sound the breath makes.

It’s always puzzling when a word in another language has two meanings, but it’s common. A simple example in English is the word stick.

As a noun, a stick is a thin piece of wood that probably came from a tree. Linked to that, stick is also used for other things of a similar shape, like a stick of dynamite.

However, we can also stick a poster up on a wall – meaning we fix it in place.

Then again, if you stick your finger with a needle, you are not gluing anything in place. This time, it means stab.

So, stick can mean a piece of wood… or adhere in place… or stab.

There are many words like this in many languages all over the planet. 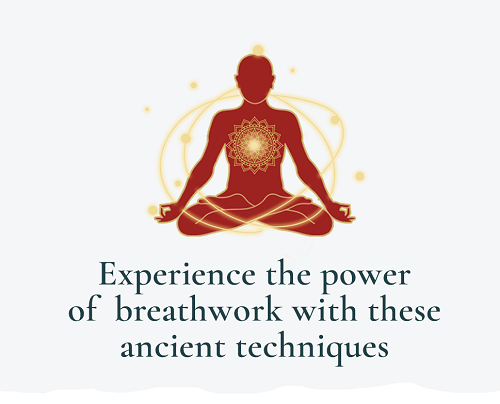 While the word ujjayi can mean either victory or vibration, the origin of Ujjayi Breath tells us which of the meanings applies.

When Western people began coming to India to learn yoga from the monks, there was a language barrier. The noisy breath introduced by Krishnamacharya was in common use, and the Western students wanted to learn what they saw being practiced.

The teachers, with little or no English, did their best to teach what was, to them, simply a yogic breath with added sound.

“Ujjayi,” they said. “Ujjayi.” Like anyone trying to communicate across a language barrier, they used a simple word and gestures to try to convey a message.

And so, a name was created for a breath that had not previously been named at all.

How to pronounce ujjayi

Ujjayi has three syllables, and the middle one is emphasized. If it was spelled the way it sounds in English, it might look like oo-jai-yee. The ooh rhymes with flew, jai rhymes with fly, and yee rhymes with me.

How to Practice Ujjayi Breath

There are two answers needed here - how to create the sound of Ujjayi Breath, and how to then use the breath in the practice of yoga, or in Ujjayi Pranayama. It’s logical to learn how to make the sound before trying to make it while practicing yoga asana!

As with all yoga practices, you should listen to the feedback from your body and be proactive in your own safety. In practicing ujjai breathing:

The Sound of Ujjayi Breath

Although there are many modern versions of how and when to make the breath noise, here are the original simple steps:

We can expand on those steps with some simple tips.

While the mouth is closed, it should also be relaxed. The throat, too, should be relaxed. The constriction creating the sound is so high up in the breathing passage that it is within the skull, not in the visible area of the throat. If you are screwing up your face and tensing your throat, you need to relax and refocus.

You are not turning your whole throat into a narrow straw. You are simply snoring while awake.

Ujjayi, like it’s relaxed twin yogic breathing, can be practiced both during asana sequences (a yoga class), or as a separate breathing exercise.

To use ujjayi breathing during an asana sequence, you do exactly what Krishnamacharya’s students did 100 years ago: you inhale deeply with sound, listening to others in your class do the same. Use a count of breaths to create a rhythm and flow as you move through the poses of your sequence. Of course, you can also do this alone!

In yoga practice, ujjayi is most used in Vinyasa Flow classes, and in other active styles. Because it’s an active technique requiring effort to perform, it isn’t usually used during Yin Yoga or Restorative Yoga.

Some teachers cue breathing as an integral part of their class practice, others use it occasionally, and some make little reference to breathing during their sequences. This is an individual choice; none are right or wrong.

When used separately as a breathing exercise, the kind you might practice while seated in a meditation pose, ujjayi breathing is commonly referred to as Ujjayi Pranayama. In this, it has almost as many possibilities and modifications as there are breathing exercises.

Slowing the breath is a common and very beneficial element of yoga breathing exercises, or pranayama. It’s routinely applied to ujjayi breathing, as are many other well-known Pranayama elements – breath holds, locks, the use of mudras, and alternate nostril breathing can all be combined with ujjayi breathing.

As a beginner in Ujjayi Pranayama your first goal is to practice slowing the inhales and exhales, while inhaling fully (with noise) and exhaling completely.

Ujjayi breathing is one of many breathing techniques, with many claims made about benefits. There is considerable evidence, both historic and through modern scientific research, suggesting that slow deep breathing has excellent benefits. It has been found to reduce testable stress markers like blood pressure and stress hormone levels.

It’s well accepted that breathing exercises assist with mindfulness, improving focus and concentration, and helping us to be present in the moment and to let go of distractions and unhelpful worries.

In physical terms, science suggests that the benefits of slow deep breathing are at least in part due to stimulation of the vagus nerve. It’s also reasonable to claim that breathing exercises can improve the health and capacity of the lungs and the respiratory muscles.

During yoga asana practice, the coordination of breathing exercises with movement helps to improve focus, flow and rhythm.

Like many aspects of yoga, ujjayi breathing seems like it should be easy, then proves to be a little more complicated than you first thought. Also like other aspects of yoga, it becomes easy and brings greater benefits with continued practice.