What is Hatha Yoga? 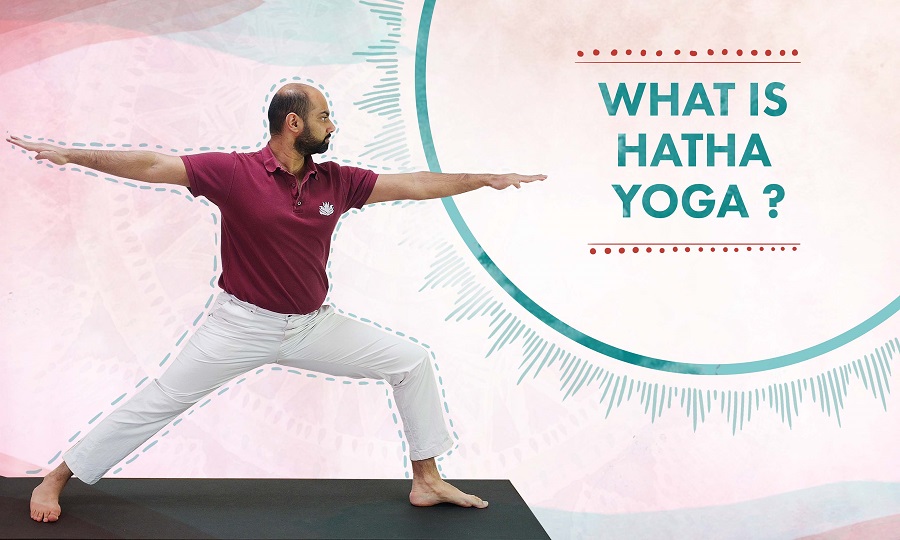 I began my yoga journey at the age of eight years at my school. Apart from Veda classes we also had Hatha Yoga asana classes every morning with our Guruji. Our Gur ji was a traditional teacher from a respected priest cast. Over the next eight years, I had lessons from him. His classes were strict and challenging and followed the classical Hatha Yoga tradition and syllabus.

When, in 2007, I came to Europe I was surprised to see that Hatha Yoga was considered to be a soft and easy style of yoga and in fact, there is a Western version of Hatha Yoga being taught as Classical Yoga.

In this blog, I aim to explain the principles of ancient Classical Hatha Yoga. This blog will give you an overview of the underlying philosophy and the traditional principles of Hatha Yoga.

Hatha in Sanskrit literally means ‘stubborn’. So Hatha Yoga practice means the stubborn practice of yoga, without the interference of the five senses and the mind. Generally, people think of Hatha Yoga only as asana practice. But it is the austere practice of asana, pranayama, dharana, and dhyana to achieve the sublime state of samadhi. In samadhi the yogi becomes free from the illusion of form, time, and space. Asana is just one of the six practices in this path.

It is interesting to know that some teachers explain Hatha as Ha (sun) + Tha (moon) yoga, because of the fact that Hatha Yoga helps to purify our solar (Pingla) and lunar (Ida) channels.

Around the early 15th century, some yogis from the Natha lineage did not want to wait so long and began practicing asanas before mastering Yama and Niyamas. As the mind was not ready for further practice they had to work harder. They called it their ‘stubborn’ practice of Yoga. These Natha Yogis kept practicing the asanas until they mastered them. This way of practicing Raja Yoga, not following the strict order of first mastering Yamas and Niyamas, was named ‘Hatha Yoga‘.

Swami Swatmarama advised starting with the physical practices at first because most people will find it easier to master the mind through the body, than purifying their character, habits, and mind directly through the observance of the Yamas and Niyamas.

Hatha Yoga is the six-limb yoga (Shatanga Yoga). These six limbs are:

So the first two limbs of Raja Yoga; Yamas & Niyamas are excluded in Hatha Yoga.

The popularity of Hatha Yoga

In ancient times, Hatha Yoga was considered a secret and sacred practice. Only the monks and the male children of the priest cast could learn and practice it. Therefore, common people thought of it as some secret magical practice. Many mystical stories were told about yoga practices. Hatha Yoga gained popularity in India in the 15th century when monks began to demonstrate asanas in public events. But it came into the limelight when the British photographers published photos of monks performing dangerous postures in Western magazines at end of the 18th century.

This made the spiritual seekers of the West curious and ignited a fascination with mystical eastern practices. Many people visited India to learn yoga and meditation. But the popularity of yoga got a boost when some masters visited the West and taught these yoga asanas to their Western students.

In the mid-20th century teachers like Indra Devi, B.K.S Iyengar published books that sold in millions, bringing the popularity of Hatha Yoga to the masses.

There are numerous benefits of Hatha Yoga discovered by scientists and researchers. Many reports can be found in our book. I am mentioning some primary benefits below.

Some of the benefits of Hatha Yoga on the physical body are:

Some of the mental benefits are: 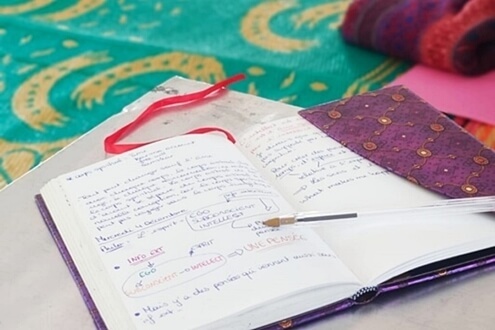 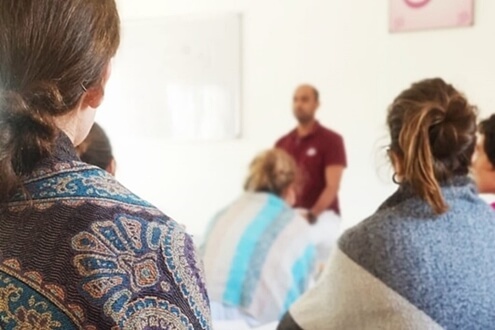 In per-independence India, yoga asana practice was seen as the practice only for ascetics and monks. In 1936, Swami Sivananda wanted to make the practice of Hatha Yoga more accessible for common people. So that they could improve their physical and mental health. Swami Sivananda taught a simple yoga asana sequence, popularly known as 'Rishikesh sequence’, with relatively short holds and simplified postures.

Swami Sivananda coined the idea of five practices of yoga without explaining the deep philosophical aspect of yoga. Together, these points guide toward a balanced and yogic lifestyle:

What to expect in a Hatha Yoga class?

Generally, a Hatha class lasts 90 minutes. The class is divided into four sections.

What are the common props in Hatha Yoga?

Sometimes props are used in a Hatha Yoga class. They can help to make the pose accessible or make it safer. Common props are:

Can everyone do Hatha Yoga?

No, even though it is an extremely beneficial style of Yoga. There are some people who should not attend a regular Hatha Yoga class (they might find great benefits in an adapted Hatha Yoga class though!). In my experience the following group of people will find Hatha Yoga too challenging and will find more benefits in some gentler form of yoga-like Yin Yoga or Chair Yoga.

How Hatha Yoga is different from other styles?

Hatha Yoga is an ancient yoga practice, there are many differences with other modern yoga styles:

There are many books available on the topic but the most popular books are:

There are 84 traditional Hatha Yoga poses. The most popular poses are:

How can you translate these principles into your practice of Hatha Yoga asanas and reap the maximum benefits from this ancient science? One of the foremost (and nowadays unfortunately often forgotten) principle is the principle of sthira sukham asanam. This definition of asana states, that an asana is a pose in which you experience both comfort and stability in each pose.

We are often told, in our modern practices that asanas need to be practiced with a goal in mind. We are told that we need to be deeper in a posture, or we need to perfect our balance poses. But when we understand the ancient science of Hatha Yoga we understand that we must return to the most basic of all yoga instruction “Sthira sukham asanam” or “asana is a steady and comfortable pose.”

This seemingly simple phrase is not only about how we should practice our asanas, but it is also about how we can move through life. We need to be steady in our intention, both in our practice and our lives, and we need to be comfortable with who we are. This could be the greatest gift that yoga has to offer the world right now: the possibility to be comfortably at peace with who we are and our place in the world. It is only from this place of acceptance that equanimity and compassion can grow.

In order to achieve comfort and ease in a pose, it is important to adjust your practice to your abilities. In terms of strength, this means you can increase the load step by step. The same applies to flexibility. Therefore, each pose consists of different steps and options. When you can hold a pose for a longer period of time, you can proceed to a longer duration or to the next level of difficulty. This makes Hatha Yoga a gradual process of transformation.

The principle of non-violence (ahimsa) in Hatha Yoga

Also the philosophical principles from the Yamas: ahimsa, or non-violence is beautifully reflected in such a transformative way of practicing. You should practice in such a way that you do not harm yourself. Instead of focusing on the shape and forcing your body into the pose, it is better to notice where your body is still sufficiently comfortable. Practicing in the long term, with patience, may get you to the point where you are comfortable in a more advanced pose. But remember: this advanced pose is not the goal!

In conclusion, contrary to the image of yoga that dominates today, yoga is not solely about the poses. Its roots can be found in ancient philosophy, which focuses on self-realization. When practiced accordingly yoga should lead to mental, physical and spiritual balance. Ultimately, Hatha Yoga is a discipline that aims to cultivate insights into the true Self.

Kakasana and Bakasana – A Guide to Practicing Easy Crow, Crow and Crane Poses